Rare opportunity to purchase under-rented 10 and 8 unit multi-family buildings next door to each other in the Botanical Heights neighborhood. 18 total units across 3 buil...

Botanical Heights (formerly McRee Town) general boundaries are defined as Chouteau Ave. on the North, southward to 39th St., on the East, westward to Interstate Highway 44 (1-44) on the South, northward to Vandeventer Ave. on the West to Chouteau Ave.

The transformation and redevelopment of McRee Town rebranded as the Botanical Heights neighborhood has been spearheaded by the Garden District Commission (GDC), an independent, not-for-profit organization whose board members are residents of the neighborhoods adjacent to the Missouri Botanical Garden or represent neighborhood businesses and institutions.

The Botanical Heights area was once known for illegal drug activity, high crime rate, and large proportion of multi-family buildings owned by absentee landlords. McRee Town was built in the early 1900s and thrived until the late 1960s when Interstate 44 came through the area, splitting it from Shaw to the south.  This resulted in McRee Town becoming a haven for gang violence, arson and despair. It was the focus of numerous failed redevelopment attempts. By 2000, approximately 56% of remaining structures were vacant or in poor condition.

The Garden served as the catalyst, accelerating the renewal of Botanical Heights, by bringing together these stakeholders to stimulate revitalization. The Garden District Commission continues today to promote community-based planning efforts and oversee the redevelopment of Botanical Heights. The Garden's involvement in community redevelopment is guided by its focus on improving the adjacent neighborhoods and making them safe and attractive for Garden visitors and staff.

The Botanical Heights redevelopment project encompasses a total of 14 square blocks which is about 90 acres and is bounded by Folsom Avenue on the north, Lafayette Avenue on the south, 39th Street on the east, and Vandeventer Avenue on the west.

In 2000 a redevelopment plan for the area was adopted by the City of St. Louis. A wholly-owned affiliate of the GDC, McRee Town Redevelopment Corporation (MTRC) is the designated developer of the area under a contract with the city. Under the redevelopment plan, MTRC acquired and cleared six square blocks at a cost of nearly $15 million. Beginning in 2004, these six square blocks were rebuilt by McBride &Sons with 143 new, market-rate single family homes with sale prices ranging from $155,000 to $400,000. All of the homes were sold by the end of 2007 leaving the remaining eight blocks to be redeveloped. 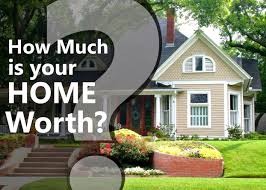 Homes for Sale by School District